The number of states that have legalized the adult use of marijuana has started to increase. Rhode Island is the new addition to the family. Following a vote in the legislature of the state, both in the House of Representatives and Senate, there is a new addition to the Rhode Island marijuana laws. Governor Dan MacKee signed the marijuana legalization bill. This didn’t come as a surprise as the Governor has always endorsed his support for legalization. Rhode Island is the 19th state to have a legal market for cannabis.

After passing the state legislature as one of the new RI weed laws, the Rhode Island Cannabis Act went to the Governor’s office for signing. This allowed the bill to pass into law. The Act safely regulates and legalizes the recreational adult use of cannabis in Rhode Island. Joining the Governor for the signing were Senate Majority Floor Leader Michael J. McCaffrey, Lt. Governor Sabina Matos, and the bill’s sponsors – House Deputy Majority Leader Scott A. Slater and Senate Committee on Health and Human Services Chairman Joshua Miller.

Under the new law, the home-growing and possession of cannabis are now legal for adults aged 21 and above. Also, store sales may start as soon as the 1st of December. The law also establishes a common-sense framework for the regulation of adult-use cannabis. This framework focuses mainly on public safety and health.

What does it mean?

The promulgation of RI weed laws, specifically the Rhode Island Cannabis Act, allows different things. First, anyone from Rhode Island aged 21 and above can have in their possession up to 1 ounce of marijuana in public or 10 ounces of marijuana at home. It also allows the home cultivation of up to 6 plants but no more than 3 fully-grown plants. Finally, it allows the limited purchase of cannabis.

As with other Rhode Island marijuana laws, the Rhode Island Cannabis Act has its own provisions. It facilitates the automatic review and possible expungement of previous criminal records. This applies to people charged with possession before the enactment. These individuals must vacate their records before the 1st of July, 2024.

It provides for reinvesting tax revenue from marijuana sales into communities most affected by its previous prohibition. This also applies to programs that can potentially help the applicants of social equity who plan to join the market of cannabis sales. Currently, there are 33 retail facilities for cannabis that will operate within Rhode Island. The existing providers of medical cannabis in the state may apply for licenses to sell their cannabis products to those of legal age. Some dispensaries may start providing marijuana to adults as early as December of this year.

As a new RI weed law, the Cannabis Act of Rhode Island establishes different types of licenses, the effectiveness of the licenses will last for 1-year from the date of their issuance. Then renewal licenses will be issued within 30 days of their renewal application, provided the licensee is in good standing. The licensee also needs to pay a renewal license fee. To apply for licenses, applicants must be residents of Rhode Island, aged 21 years old and above, pass a criminal record background check, and submit other requirements.

Individuals who have been previously convicted for offenses related to cannabis won’t get an automatic barrier when they seek employment or try to obtain licensure to join the industry of legal cannabis. The Cannabis Control Commission (CCC) may give a recommendation to the General Assembly for the issuance of licenses for delivery services of cannabis, social consumption sites, or other categories.

Anyone interested in growing cannabis should apply for a license. This is part of the RI weed laws. A cannabis cultivation license allows an individual to cultivate, process, package, and deliver cannabis to legal cannabis establishments, not directly to consumers. There will be a suspension on the issuance of new licenses for cannabis cultivators until two years after the Commission’s final release of the Rules and Regulations. The suspension doesn’t apply to existing cultivators of medical cannabis.

Starting the 1st of August, 2022, licensed growers of medical cannabis may pay an additional fee for the license. The Office of Cannabis Regulation will determine this fee, and the Commission will review it. This license allows for the cultivation, manufacturing, and processing of recreational cannabis for adults. After the expiration of the 2-year moratorium, the Commission may issue more licenses for cultivators.

Having a Cannabis Product Manufacturer License allows individuals to obtain, manufacture, process, package, and deliver cannabis, but only to cannabis establishments. Cannabis wholesalers and processors can also use this type of license. Those with this license can only sell or transfer their products to wholesale entities.

Starting the 1st of December, 2022, Licensed Compassion Centers may begin the sales of recreational cannabis products. But first, they have to pay $125,000, which is the Hybrid Cannabis Retailer Fee. Right now, there are 9 approved compassion centers. 3 of the centers are currently operational, while the other 6 may open by the 1st of December, 2022. After the release of the final Rules and Regulations, the Commission may issue 24 more retail licenses.

This decision is subject to restrictions with various intentions. First, it’s meant to evenly distribute retailers across 6 geographic zones that have already been predetermined. It provides 1 license to an applicant of a workers’ cooperative and 1 license to an applicant of social equity in each of the geographic regions. Applicants of social equity are eligible for fee grants, technical assistance, and waivers. But licensed retailers must establish a labor peace agreement with a union first. The utilization of a licensed laboratory for cannabis testing that can store, transport, test, and possess cannabis ensures that all these processes comply with the required regulations.

The most notable feature

When it comes to Rhode Island marijuana laws, the most notable provision of the Cannabis Act is the provision of automatic expungement for prior criminal or civil charges of cannabis possession. The approval of this particular RI weed law recognizes the damage caused by the previous years of prohibition. The bill’s sponsors included a process that gives the courts a deadline to expunge past convictions automatically. Individuals who want to have their expungements earlier may put in a request. 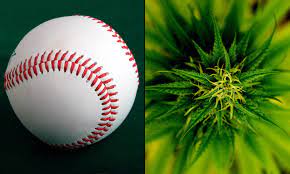